Kate rests her argument on Rene's 27 June 2014 response to her question, "Mr. Helmerichs, do you intend to marry Ms. Natalie Yewchyn Kelloway?": "We already are."  The statement is found in file C13-205-SR at Barrie at the very close of the cross-examination of Rene Helmerichs at the trial after presiding judge Gregory Mulligan simply denied Rene the previously agreed allotted time to speak.

The charge against Rene Helmerichs had been Criminal Harassment, listed as indictable dating to before 3 Sept 2012 from the 2 March 2013 arrest.  The charge itself was unmerited on grounds described at http://t2dvoice.blogspot.tw/2018/04/smurfing-norman-meech.html for specifically the lack of fear Rene actually possessed and thus could not share or have caused in another.  This is dually noted with further information at http://t2dvoice.blogspot.tw/2018/03/smurfing-doug-henderson.html .

In principle, the charge itself was illegal since time had already been served for the allegations from 3 Sept 2012 to 30 Oct 2012 in a legally defined prison while having been fully denied a criminal trial for the criminal allegation.

Following the trial, Kate evidenced her sincerity with an extra large Tim Horton's coffee to Rene.  Kate also printed a picture of the son of Rene from the 3 Sept 2012 Good News (so named) .pdf that had been emailed to Barrie police prior to Rene asking Sergeant Doug Henderson for his assistance to arrest Rene.
Rene's heart swelled with tears at the memory, so we understand he's not a sociopath.  Rather, Rene promptly put the image back out of his mind to be able to continue.  He then assured Kate with statement: "Before one can accept that never imagined, one must accept that it was not possible.  Therein does the mind acknowledge the seed of its reality and innately begins to consider the extent to which it can occur simultaneously for evidence of its transparent (unknown) not exclusive ubiquitous origin.  Each of our minds exists first in a sphere not governed by alterable laws to be assured that one commonly unknown reality separately called heaven or hell exists, be it called a universe of universes or simply sentient same-honesty, for all seemingly separate individuals.  Mind is so much more than the grey mass we call brain."

Kate is near-sighted and thick-hulled.  Rene is still near-sighted, so the statement is completely arbitrary.  Consider only that the law must be ever consistent, which, applying same to self, yields the state of constancy that does evidence a governing sentience existing exclusively with the common essence of all perceptibly separate minds.

In short, there exists God and God does not belong in the court room because judges and psychiatrists like to think of themselves as god-like.  This is directly evidenced in The City Of Barrie over more than 3 years begun 3 Sept 2012, and which is STILL ongoing.

There are written laws in place to prevent exactly one from taking the matter of not ever being able to fully define the three-letter word for Allah in any court on any planet, or here locally the word "mind".  For the nearest sighted, they will arrest specifically that individual who IS willing to argue only for God, for Allah, with God, with ability to change fate according to agreements made to further that same essence of GOD-as-Allah.

Consider: a reputable college teacher, without criminal history and actually a very loving family that had been wholey mutually supportive, ignores warnings of police to stop harassing not a girl but the Mormon antichrist church for which she was an active treasurer.  The teacher then elects to use threat of Mormon top-level manager Tim Stanlick contravening their own biblical Matthew 5:25 as a colossal opportunity and knowingly compounds the argument so much so that sight of truest intent is rendered so faint none but the sharpest of minds could possible begin to conceive that which did actually occur.  Thereafter, the mind of the teacher is taught about law, politics, human relations, behaviour, symbolism and cryptology beyond physical appearances, hypnosis, suggestive selling, marketing, and campaigning, before being let to restore his own credibility legally.

Kate, I am your worst nightmare.  What does the word "I" mean?  This has so little to do with Natalie that you can rest assured Rene was not joking when he committed himself to the idea "with GOD, all things not mutually exclusive ARE possible (because in eternity, they already are)."  That explains the 27 June 2014 answer to your nagging question.

Because Rene IS absolutely forgiving, Rene IS able to write and offer exactly this to Kate without fear of ever needing to see Kate in a courtroom again.
Kate has done well.  Rene requests that her licence to practice law is irrevocably cancelled for grounds witnessed all throughout the written records of C-13-205-SR given Kate had acknowledged statement of Rene TO her that "This is all a big misunderstanding" and chosen to ignore His council following her asinine statement "He wrote 'me' with a big M." as part of her grounds to deny Rene bail in perpetuity following subsequent arrests for the same one case!  Either she'll believe in the free will choice currently standing before her to contact Rene for a new life contract, or face the result of her past decisions with her current unforgiving mindset.

Kate, if you suddenly awoke to know that you could harmlessly end all religious warring, including every bit of war-torn or conflict-riddled news, and walk away with more money than the richest person on the planet could ever make with any number of people at his side, and share a mental bond so close with others that, for explicit example, your own offspring wouldn't need to wake your night-time resting self more than the number of fingers on its hand in the first five years of their movie, atop knowing exactly what is real and what is not, would you too not be willing to try that of which none including Rene has yet to conceive?

Talk2dream awaits your decision to join its rank.  Your mind is eternal and the decision awaits you for all eternity.  In this lifetime, your crime is directly treason according to the unforgiving mindset of your laws.  We both understand every number of legal infractions applies to any who stand to defend the lie that propels this greater argument.  The Choice Amidst The Argument In The Business Of Being Happy... is our title feature.

I alone can wash your worries for a clean new slate across the worldwide media, because I represents the shared state of agreed authority for the common essence of our mind that can never be owned by any. 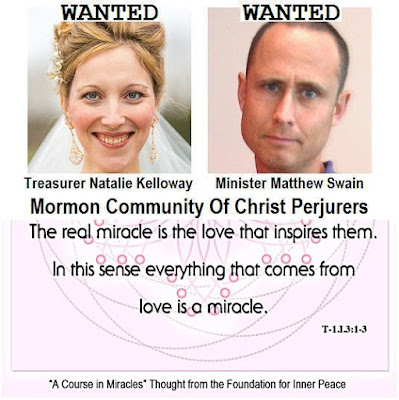