6 April 2018
Ontario Ministry Of The Attorney General (MAG): Crowns at Barrie, find your name and live the results of choices you have made, or choose to partner with Talk2dream. 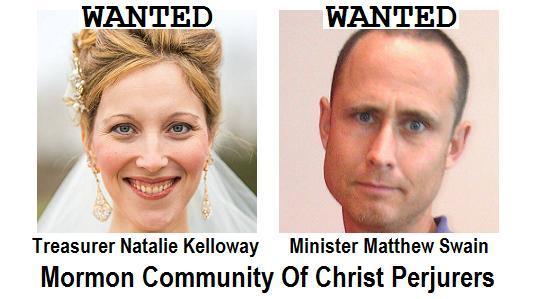 We are both public individuals.  We are equally concerned about our reputation.  Be assured The Talk2dream Team does not seek any further public disrepute to MAG than is absolutely necessary to properly begin redress of events having occurred in Barrie, Ontario, following a confrontation between Rene Helmerichs and The Mormon Community Of Christ in 2012.

The argument is about God, god-concepts, and Christ, who are all eternally the same thing except in Ontario where The Catholic Church is given an unequal amount of authority and Mormon congregation members are permitted to openly commit perjury in court of law.  The case file for your reference is C13-205-SR at Barrie, with other relevant case files there before and after equally pertinent to this greater argument.

The bottom line is this.  Either Rene Helmerichs or Natalie Kelloway will be charged.  One of the two must now be charged for the open defame Rene presents the whole the legal structure governing Ontario.  Since Rene cannot legally be charged ever again in Ontario, this does place YOU, Mr. Naqvi, in a rather uniquely precarious position.  Do be assured that we are all batting for the same one underlying "spirit of the law" evidenced once consistency of law is same-applied.

Unfortunately, there are currently at least a dozen Assistant Crown Attorneys who have touched this single argument (the small claims attorneys not listed), and each stands to have their license to practice law publicly questioned for actions evidenced from the Barrie courthouse records.  There are not just the records of Rene Helmerichs.  Ryan Hamelin is also entirely innocent of every charge attributed to him during and before the time Rene spent with Ryan at CNCC.  Rene vouches publicly for Ryan because he has read the entire disclosure material the Barrie police had used against him in court not differently than its immoral officers had against Rene Helmerichs.
Jennifer Armenise
Gregory Barker
Dennis Chronopoulos
G. Michael Flosman
Kathryn E. Hull: http://t2dvoice.blogspot.tw/2018/04/cl-on-mag-kate-hull.html
Michelle L. Levasseur
Dean Ring
Lynn A. Shirreffs
Kevin J. Sisk: http://t2dvoice.blogspot.tw/2018/04/cl-on-mag-kev-sisk.html
Kristine Staats
Miriam Villamil-Pallister

A moral argument, Mr. Naqvi, is a singular argument that extends beyond concepts for space-time.  We know this innately because there can be only one fundamental same-honesty or there would never be the ability for Christian, or ISIS, to bridge the cultures that they do.  In any state of relatively, honesty is presented as a light/dark yin/yang two-snakes binary process forever hammering out a more refined functional book of law.

Rene Helmerichs has insight and awareness to re-write the ENTIRE Criminal Code Of Canada.  Can you say the same for your awareness of reality?  Can you demonstrate it?

This is going to quickly become a one-sided argument when the media is let to publicize this case.  That it has not only speaks negatively for your side.  Join Talk2dream.  Have Natalie Yewchyn Kelloway and false Mormon minister Matthew Swain arrested for the perjury committed in public court in June of 2014 for C13-205-SR.  Documentation to establish the perjury was already submitted to the record, however, a partial delineated list is included in an upcoming book to be released both in Chinese for the delight of Asians thinking Canada to be so perfectly cold, and in English for The U.S. and U.K. governments to real at the folly an entire province permits its lawmakers to conduct in court.

After that, we openly attack the credibility of The American Psychological Association.  There is much correction to be done specifically regarding the lack of legal definition for "mind", which is conveniently provided in The Story Of Loo currently being reviewed at a U.S. publisher.  There are alternate ways to publish a book should they decline on whatever ground.

The number of lawsuits Talk2dream is able to win are mounting to a pile so large that we will literally be able to bankrupt The World Bank, and all derivative banks.

Should you find sense enough to partner, we have insight enough to save any moneys paid in consultant fees by directly providing instantaneous expenditure-reduction workplace procedural upgrades to any organization and any part of any organization around the globe.  We are, simply put, the premier of premier think tanks.  Our claim against your staff is a demonstration to you for intellectual merit.  We are not otherwise chartable for ability.

In kindness to same likeness and always with harm to none,

Rene Helmerichs
on behalf of Talk2dream
> global laughing stock of a REAL show against Canada FOR Canadians fed up with b.s. its governing agencies serve: http://talk2dream.com
> The Canada-wide Corruption List, to effectively stem all illegal individual habits in any part of any of the governments for Canada: http://talktodream.dog

Thank you for your message. We will read and consider it carefully.
If you need to contact us again, please visit Ontario.ca.
Message:
Three blog posts for your review, response, and, most importantly, decision for action understanding each to be for a context much greater than anything MAG will, in time, ever be able to counter no matter how much media it attempts to drive.