. for
. Prime Minister Of Canada

. in any future election

Rene will then nominate himself as Governor General, and announce the runner up as Prime Minister elect.  The result renders more democratic, since the structure currently allows the P.M. to pick his friend as GG.

The GG is the acting sovereign.  The GG retains the right to veto all laws.  This is the fastest way to correct the criminal justice system of , unless Canadian politicians yield to assist An Act Of Kindness at http://talk2dream.news . 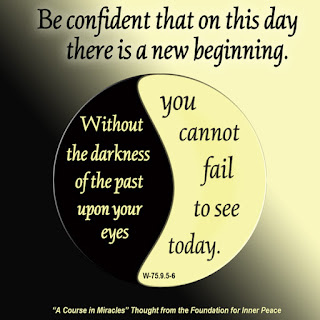 The Law.  It protects you.  The current government allows doctors to accuse you of criminal guilt, outright deny you a criminal trial, to lock you away, to remove your freedom of peaceful protest, and then to forcibly inject you.

Think this doesn't concern you?  The government alone authorized $1,400,000,000 spending to "enlighten" the mental ill-care system.  Who do you think is paying?  The rest of the provinces can follow suit.

I have heard countless stories.  In one, a boy from immigrated to at age 16.  He hated the climate, and the coldness of the people.  He heard that if he commits a crime, he can be deported.  So, he tossed a brick through a window and waited.

The boy had no criminal record.  Maybe the police thought they were being nice... "Let's just lock him into a hospital for a few nights to give him a taste of the dark side of life.  It should clear his head, keep our paperwork light, and avoid our court less crowded."

It cost the government $1100 to $1400 to keep a person in a hospital prison (RVH Barrie) just one night in 2012.  The $300 mark-up was specifically for "special" care (they kept that section regularly stocked).  Cost goes up with each renovation.  In the foresnsic "assessment" unit of Waypoint Center (patients can stay in the 5-star-like single room furnished with personal chalkboards, desk, and much more amenities including tennis courts, a swimming pool, pottery wheel, order-in pizza, big screen TV, etc) for a year or more, it's likely near $2000 per night.

It costs less than $300 for a normal jail.  And we all know the medication is over-priced.

The money-power-global-greed-terrorism-war isn't about oil.  It's always been for the newest and latest cure-all elixir.  The biblical book of Numbers contains the oldest western-world reference to witch craft when a priest gave dirt-and-water to a woman for a test of fidelity "The faithful wife".

If the biblical wife cheated, or had an allergic reaction to the literally dirty water, the woman's own mind would cause psycho-somatic (or allergic) sores to gradually appear.  It's not different than forcibly injecting a body with a foreign substance today, for want to change a thinking process that was not physical in origin.

I have read the bible.  I didn't read it for religion.  I read it because I was curious if the churches are doing their job.  Guess what... find any minister and ask if Jesus walked around selling potions and pills for mental health.  Then ask if the minister honestly thinks Christians, followers of Christ Jesus, ought to be peddling pills instead of the knowledge that our minds are eternally united without them.

Did you know that when churches, like The Mormon Community Of Christ, sell you seats in a Good Sense Budget workshop for $15, just to talk at you for 8 hours about your need to tithe to their enterprise... they actually violate the bible?  Remember, two masters: one is money, the other is the right one.  The right doesn't expect you to give your money away to show that you support the right one.  It expects you to think for yourself, because your Self is The Self.

Maybe read Deuteronomy 14:22-29, "The tithing principles."  The "lord" was the governor.  His job was to balance local economies, and to ensure that places suffering the greatest weather losses (drought, etc.) have enough for the next year.  The directive was to take 10% of the harvest to the place that the governors of the land decide needs the most support and to SPEND it there.

Deuteronomy does add the by line to support Mormons in the sense, "if you see a beggar or peddler claiming to be a teacher of God, just respect that God wouldn't need to have his teachers beg for help if they actually followed the same one God."  It's completely your choice if you want to take pity, but, for heavens sake, those 10% they go to the town the governor designates and NOT to any church!

This story began with an argument about God between Rene Helmerichs and two particularly troubled Mormons, the confused minister Matthew Swain and a holey headache lovingly dubbed Smurfette (ref the one for whom all Barrie boys in blue swooned without regard to their own legal well-being, 3 Sept 2012).

has not been willing to correct its mistake, let alone even acknowledge it.  I've tried to reason with more organizations than I have fingers to count.  If I count all the officials from that I've involved... it must be near a 100 already?

Sign and share the petition at http://talktodream.com to begin to better your own life standard.  It begins when we correct the insane belief of doctor-judges who are let to presume guilt for their own egos.

Then start talking.  We're not going to make this correction without a lot of internet chatter.

And, for God's sake, use the churches!  Every person alive has had beef with at least one arm of the Christian community.  It doesn't matter which.  The ability for YOU to act to correct this nightmare is at https://www.change.org/p/her-excellence-ms-tsai-please-help-us-correct-injustices-occurring-in-canada/u/23395811

Help make this message clear.  Email me at rhelmerichs at gmail dot com.

In kindest to sane likeness, 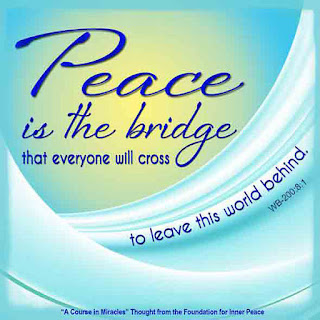